Wages: Nominal and Real in the Great Recession

One measure of nominal wages is the Bureau of Labor Statistics series average hourly earnings for total private industries. At the beginning of the Great Moderation in 1984, this measure of wages was $8.38 per hour. When the recession began in December of 2007, wages were $17.71. In December 2009, this measure had reached an all time high of $18.80. 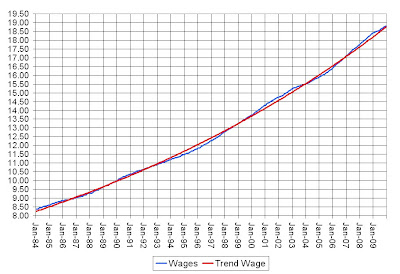 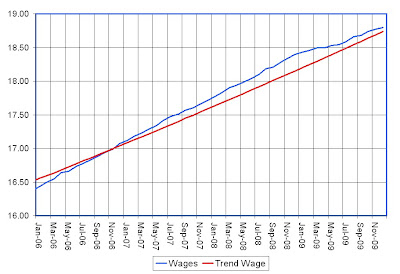 The trend growth rate of hourly average wages during the Great Moderation was approximately 3%. 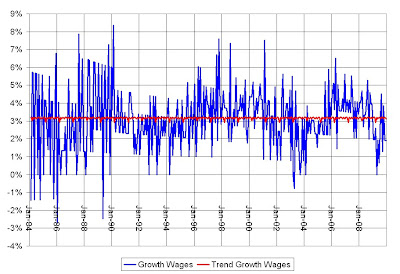 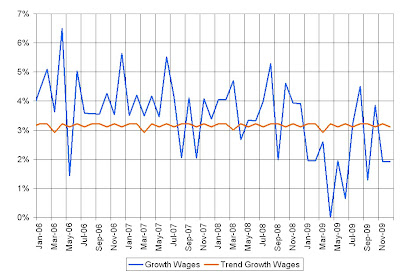 Only when nominal expenditure began falling in the fourth quarter of 2008 and then into the first quarter of 2009 did nominal wage growth begin to slow. In April of 2009, this measure of nominal wages stopped rising.
What about real wages? To calculate real wages, it is necessary to choose a price index to deflate nominal wages. The first series of real wages is calculated using the monthly Personal Consumption Expenditures deflator. 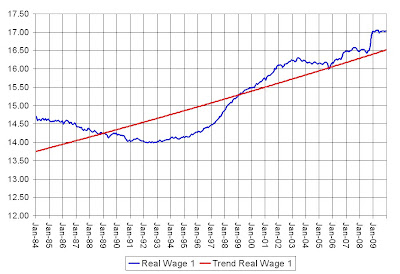 The trend growth rate of this measure of real wages is .7 percent and it is currently at an all time high of $17.03 in 1985 dollars. When the recession began in December 2007, it was $16.48, so the increase over the recession is approximately 55 cents or 3.3 percent. 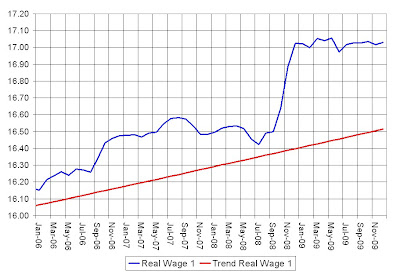 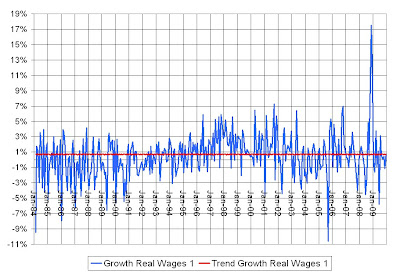 The sharp increase in real wages during the Great Recession is remarkable compared to the Great Moderation. 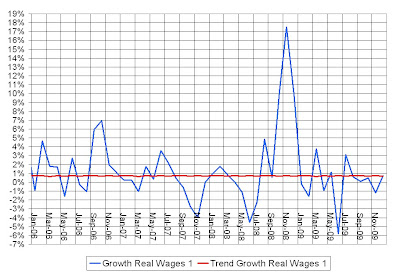 Why did the growth rate of real wages change so much? Both the large spike in real wages and the significant drops in real wages were due to changes in the inflation rate. 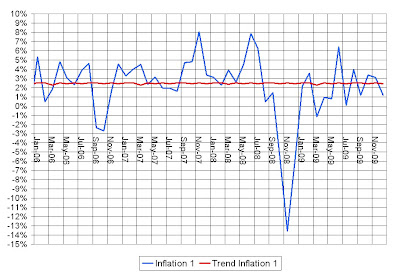 Perhaps a better estimate of the real wage can be found by using a measure of "core" inflation, such as the Personal Consumption Expenditure deflator without food and energy. 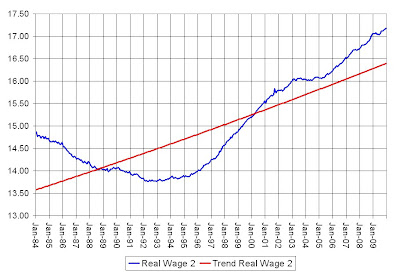 The basic pattern is similar to real wages calculated with all prices, including food and energy, but there is no large jumps during the Great Recession. 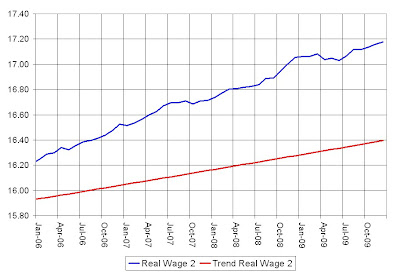 While there is some variation in the real wage, it is well above trend, and has continued to grow. At the beginning of the Great Recession, in December 2007, it was $16.71 (in 2005 dollars.) In December of 2009, it was $17.18. The increase during the period of the recession was slightly less than with the first measure, 2.8 percent. 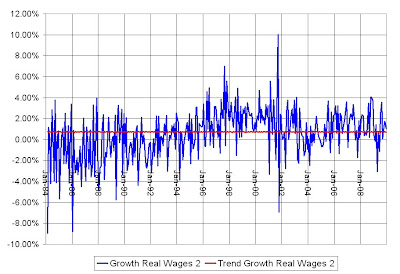 The trend growth rate of real wages for the Great Moderation is approximately the same, .7 percent, as with the more inclusive measure of the price level. The following diagram focuses in on the Great Recession. 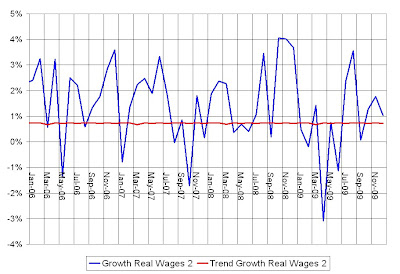 While there are sharp changes in the growth rate, particularly, the decrease in April 2009. This was after two quarters of large decreases in nominal expenditure and real output. Nominal wages didn't fall, however, they simply didn't rise. The reason for the large decrease in real wages can be seen with the "core" inflation measure. 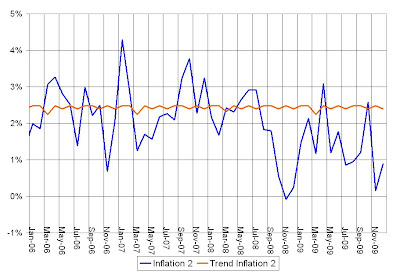 While nominal wages didn't rise in April of 2009, the decrease in real wages was due to a short-lived spike in core inflation.