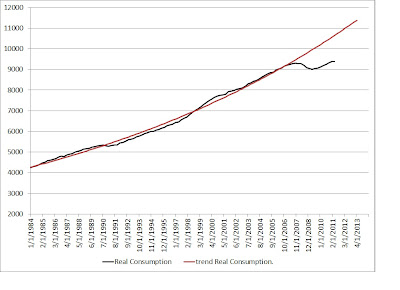 However, it is true that investment is especially depressed. The broad measure that Higgs reports, real gross domestic investment remains 21% below its peak in 2006 and 36% below its growth path of the Great Moderation. 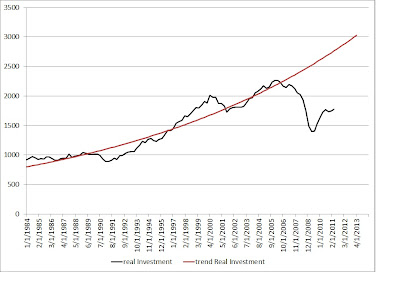 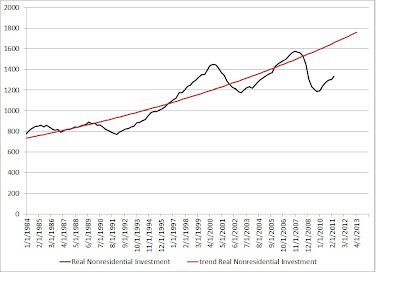 I have no idea, and am content to allow market forces--adjustments in interest rates and preferences--determine the allocation of resources.
Posted by Bill Woolsey at 8:01 PM