GDP for the First Quarter

The preliminary GDP figures for the first quarter have arrived. With a growth rate of 3.61 percent, money expenditures continue to fall further behind the trend growth path of the Great Moderation. However, they do make very slight progress in moving towards my preferred adjusted noninflationary growth path. (GDP is nominal GDP, Real GDP is GDP corrected for inflation.) 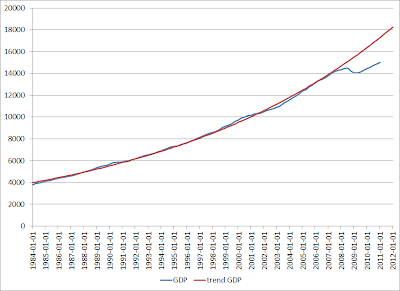 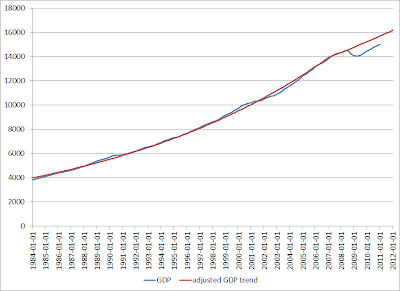