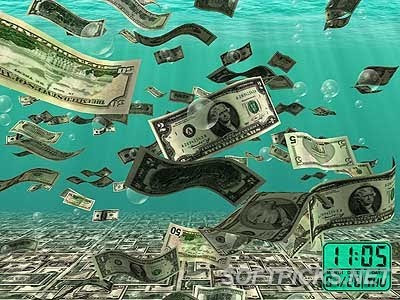 My view is that the Fed should explicitly target a return of nominal expenditure to the trend growth path of the Great Moderation, with a slight modification--3% nominal growth starting from third quarter 2008 and forward. The target should be about $16.1 trillion for the fourth quarter of 2010, about 11% higher than the third quarter of 2009.

How to achieve this? First, make the commitment. Second, stop paying interest on reserve balances at the Fed. And finally, make a commitment to significant quantitative easing.

On Free Exchange, a post describes a specific proposal by Joseph Gagnon of the Peterson Institute to implement significant quantitative easing.

Namely: buy an additional $2 trillion in government bonds, with an average maturity of 7 years. That would be in addition to the $1.75 trillion of Treasury and mortgage-related debt it has already almost finished buying.

Gagnon predicts that the effects would be:

the additional $2 trillion would lower Treasury yields about 0.75 percentage points. That, he reckons, would lower private borrowing rates, boost stock prices 13%, and lower the dollar by 5%. The combined stimulative impact would equal a 1.75 percentage point cut in the federal funds rate, and lift GDP by 3% after two years.

Not quite an 11% increase in nominal expenditure over the next year, but this is the sort of quantitative easing that I have been advocating. Gagnon's paper is here.
Posted by Bill Woolsey at 12:20 PM