The Ugly Federal Reserve--Criticism from a former Insider 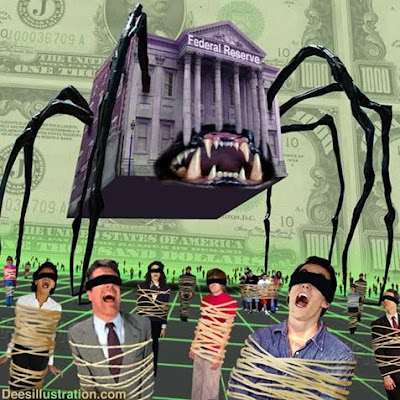 Michael Belongia has a commentary on reforming the Federal Reserve. He is currently a professor at the University of Mississippi. More importantly, from 1983 – 93 he worked in the Research Department at the Federal Reserve Bank of St. Louis and served as Economic Adviser to that Bank’s President for a time.
What I found especially interesting is his claim that the Chairman of the Federal Reserve is more or less a dictator, primarily because of his control of the staff. However, he goes further, writing:

It isn't only Alan Greenspan that he accuses of being imperious. He is also critical of Paul Volker.

Paul Volcker vetoed nominations by two regional boards of directors (Atlanta and St. Louis) for new bank presidents and, in the latter case, put in place his own candidate as a solution to the problem of having an independent voice on monetary policy from one research department in the System. While some may have argued that Volcker didn’t want monetarists to be presidents of regional banks, another view is that he didn’t want vertebrates to be in those positions.

Belongia advocates closing down most of the 12 Federal Reserve banks and many branches of those he proposes to keep: New York, Chicago, San Francisco, and Atlanta. He favors having the President of the U.S. appoint the Presidents of these five Federal Reserve banks with Senate approval. He proposes that each of the seven members of the Board of Governors have an independent staff.
He insists that the Fed's dual mandate of stable prices and high employment should be replaced with a single goal--price level stability--and that the Fed should be held accountable for achieving that goal. He is very critical of the monetary statistics generated by the Federal Reserve, arguing that Divisia Aggregates, which are weighted averages of various monetary aggregates is the only scientifically valid approach.
I favor a 3 percent growth path for nominal expenditure, which should provide for long run price stability. While I agree with Belongia that shifting targets in the name of high employment is a mistake, keeping the expected future value of nominal expenditure on target should avoid unemployment due to monetary disequilibrium.
I have also been concerned about the Fed's monetary statistics. In particular, sweep account programs allow banks to reduce reported transactions accounts (checking accounts) to avoid reserve requirements. While I oppose reserve requirements and have no interest in tightening their enforcement, it would be good to know how many checking accounts really exist. Looking at advertisements for sweep accounts by banks, it seems to me that some funds in checking accounts is hidden in things that aren't currently measured by the Fed. The Fed no longer keeps track of the quantity of overnight eurodollar accounts or overnight repurchase agreements, much less includes them with the other zero-maturity monetary assets in MZM. And what about overnight commercial paper? Why isn't that included in MZM?
On the other hand, I don't share Belongia's enthusiasm for coming up with weighting schemes for the various assets. I am skeptical of the monetarist quest for the holy grail of a perfect measure of the quantity of money. I reject the theory that there must be some aggregation of monetary assets the total demand for which changes in strict proportion to nominal expenditure.
HT to Scott Sumner.
Posted by Bill Woolsey at 6:26 AM