David Beckworth commented on my post about the Taylor rule, and suggested that I look at Laubach and Williams estimates of potential output. Here is the link to their data.
Laubach and Williams have two measures of the output gap, a one-way and a two-way. The following rather busy graph shows real GDP, the trend of real GDP, and the CBO, LW1, and LW2 measures of potential output. 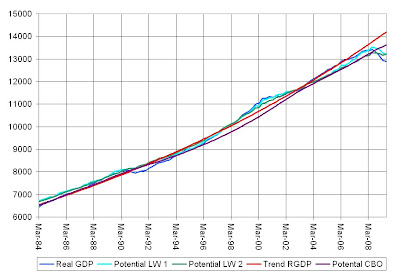 In the second quarter of 2009, real GDP was 9.1 percent below its 3 percent trend growth path The output gap according to the CBO is -5.3 percent. And both of Laubach and Williams' measures show a -2.3 percent gap. 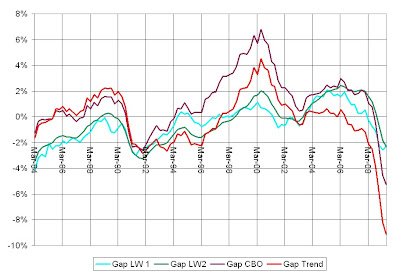 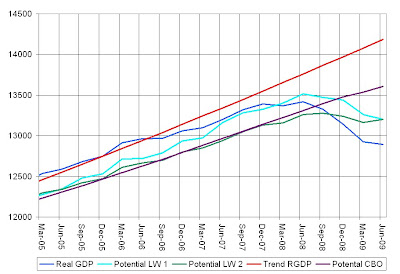