First of all, I don't think the Taylor Rule does show a large negative interest rates right now. That's kind of a myth. The Taylor Rule is pretty simple. It just says, the interest rate should equal 1 1/2 times the inflation rate, plus 1/2 time the GDP gap, plus 1. Well, if you plug in reasonable estimates for what inflation is and what the GDP gap is, I get a number that’s pretty close to zero. Not minus four, minus five, not numbers like that. So, in fact I would say the amount of quantitative easing could be reduced right now. I hope it is reduced in a gradual way. Some of the mortgage purchases I think could be slowed down and then actually reversed. 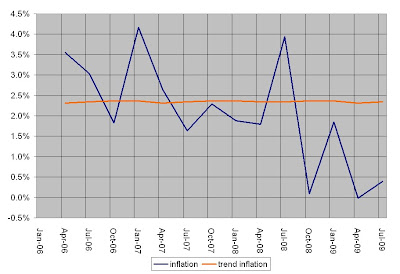 Not only is there a question of which inflation rate should be used, the Taylor rule depends on an estimate for potential output. The Federal Reserve bank of St. Louis includes a series for Potential Output sourced from the C.B.O. It uses year 2000 dollars, but that can be easily corrected. 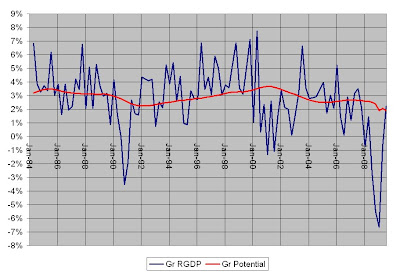 The relationship between the levels of real GDP and this measure of potential output are a bit odd. 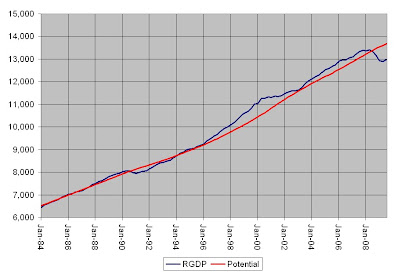 While Real GDP and this measure of Potential Output track closely during the first decade of the Great Moderation (though with a clear recession in 1991,) real GDP takes off and stays above potential output for most of the remaining period until the Great Recession. The recession of 2001 shows up as an unusual period where Real GDP was close to Potential Output. 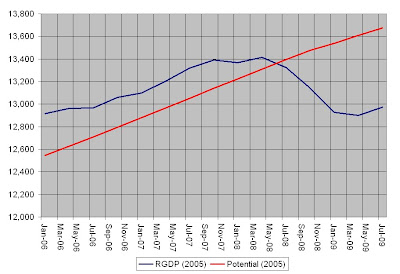 Focusing on the period of the Great Recession, real GDP was greater than potential output and has now fallen well below potential output. The output gap is the percent difference between the two. 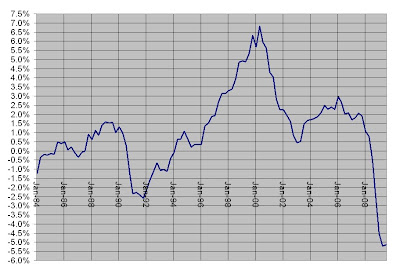 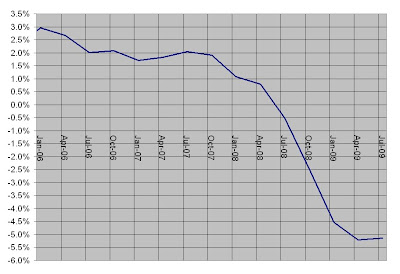 Putting together the inflation rate implied by the GDP deflator and the output gap generated by real GDP and the CBO estimate of potential output, the interest rate implied by Taylor's "simple" rule can be calculated. 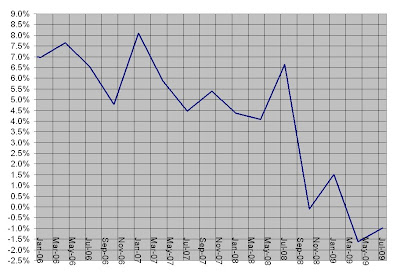 These figures show a "Taylor Rule" interest rate that is less than zero for the last two quarters--1.5 percent and -1 percent. While not -4 percent, they are not zero either. Using these figures to find the interest rates for the entire period shows tremendous volatility. 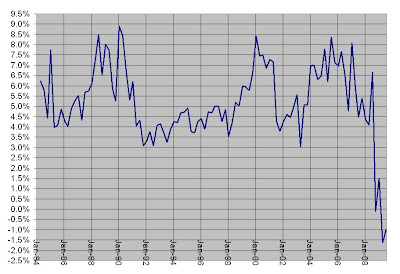